Cheating or Mistakes with Carbs Causes Reversal of HCG Diet

Unlike most diets, one can cheat on a meal or two and make up for it on the following day because the weight loss process is due a simple reduction in calories. For example, if you have a 500 calorie piece of birthday cake on a Saturday, you can easily cut 250 calories in the next two days and by Monday be back to where you started. However, this does not work on the HCG Diet. This is the kind of cheating that sets people back. 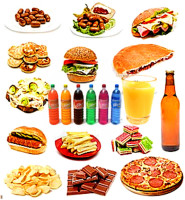 The HCG diet works differently. It takes a few days (probably 3 or 4) of HCG and the reduced no sugar, no fat 500-600 calorie diet to start using fat stored in belly fat for fuel. During this time the body shifts from burning sugar and fat to burning stored, unwanted fat. Swollen fat cells release fat molecules where are converted into ketone bodies in the liver.  Ketosis, even mild increases fat burning and increases weight loss. They are excreted in the lung and kidney.

If a dieter eats some ice cream, it immediately breaks down in to fat and sugar. Sugar and carbs are used for fuel before anything else-not the fat and sugar traveling through  the blood and being used form metabolism. The fat is not needed when the body has sugar around –that’s why it’s so hard to lose weight!

It appears that the HCG diet is more sensitive to changes in sugar then fat. Similar to the Atkins diet, adding only a small amount of sugar or foods that quickly turn to sugar like pasta, potatoes, rice, juices and some breads stops the fat burning process. The dieter is returned to the old metabolism where there are spikes and falls in blood sugar associated with fatigue and weakness.  The weight gain with cheating on the HCG diet is far out of proportion to the calories in the food.

Menstruation and HCG Diet and Cheating with Carbs

Here is an example:

I recently treated a 20 year  old girl who weighed 200 lbs. In the first 10 days of the diet she lost 10 lb. Eating one cup of brown rice on the weekend resulted in a 3 lb. weight gain. Dr Simeons provides some explanation in his book “Pounds and Inches”–however I am not sure he is at all correct. (see below)

My experience with hundreds of HCG dieters, is that if you are going to cheat, have a juicy steak or ribs (watch the sauces). Higher fat proteins slow the weight loss down, but don’t seem to reverse it.

Most problems are due to mistakes in the diet. A cup of rice or pasta, a glass of tomato juice or some chips can bring the weight loss to a stall. Why does extra food weighing one ounce increase weight by six ounces?

Dr. Simeons explains this in the following way (some changes have been made to make the explanation simpler): “Under the influence of HCG the blood is saturated with food and the blood volume has adapted itself so that it can only just accommodate the 500 calories which comes from eating. Any extra food however small cannot be accommodated and the blood is therefore forced to increase its volume sufficiently to hold the extra food, which it can only do in a much diluted form… Thus it is not the weight of what is eaten that plays the determining role but rather the amount of water which the body must retain to accommodate this food…”

This can be illustrated by mentioning the case of salt. In order to hold one teaspoonful of salt the body requires one liter of water, as it cannot accommodate salt in any higher concentration. Thus, if a person eats one teaspoonful of salt his weight will go up by more than two pounds as soon as this salt is absorbed from his intestine.

Dr, Simeons writes, “to this explanation many patients reply: Well, if I put on that much every time I eat a little extra, how can I hold my weight after the treatment? It must therefore be made clear that this only happens as long as they are under HCG. When treatment is over, the blood is no longer saturated and can easily accommodate extra food without having to increase its volume. Here again the professional reader will be aware that this interpretation is a simplification of an extremely intricate physiological process which actually accounts for the phenomenon.”

I researched much of the current metabolism literature, and I cannot find any information that supports Dr. Simeons’ explanation.  His explanation for water retention is probably true. However, this is only water. The failure to lose weight is probably the reduction in the mild ketosis seen in the HCG diet by additional carbs rather than any dilution. Similar to cheating in the Keto Diet.

Previous
Next
Best Buy HCG
51414
My diabetes has been driving me crazy, the more medications I take the more I gain weight. Last year I was placed on insulin and i gained 20 lbs. My doctor told me to lose weight but he could not... more »