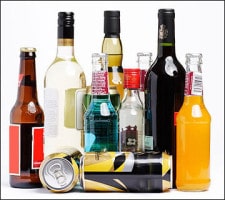 Alcohol Drinking On HCG Diet Needs to be  Selective & Moderate

Alcohol and weight loss are complicated issues. Alcoholic beverages have long been associated with feasts, celebration and marking special events. Today, it is commonplace to consume alcoholic beverages before, with and/or after a meal Alcohol intake may make weight control and loss difficult. Obviously, it would be better to drink no alcohol. This may be the best answer to the problem, but for many its very difficult or even impossible to do. The HCG diet is already very restrictive, so adding further restrictions is often impossible. Alcohol has been reported to account for 16% of adult drinkers’ total energy intake in the United States [68], with men consuming about three times the amount consumed by wome Alcohol and weight loss, even on the HCG or keto diet is possible. The dieter just has to be careful on how much and the choices.  Here is how alcohol drinking may interfere with weight loss and specifically with the  HCG Diet:

1.Calories in alcohol may be high, especially beer and mixed drinks.
2.Sugar is used in some alcohol drinks and carbs are in beer
3.Appetite is increased with alcohol by its effect on the appetite centers of the brain
4.Snacks often accompany alcohol drinking and may have a lot of carbs and calories.
5.Poor sleeping is associated with alcohol consumption. This leads to less weight loss and less activity the next day.

TheSolution is: The “right” alcohol beverages in MODERATION:

Alcohol on HCG Diet in moderation is acceptable. Contrary to what many Internet sites selling HCG write, it’s possible to drink alcoholic drinks and still lose weight. A healthy lifestyle should be able to accommodate some drinking, especially if you make the right choices. Whether it’s healthy to have a single drink every day is still in question. The problem often comes up that many people; especially ones struggling with their weight have difficulties stopping at one. Moderation is something some overweight people don’t know; otherwise they probably would not be overweight in the first place. When you are drinking more than one drink every day  or two drinks 3-4 or more times a week, then things begin to change and it’s not just the calories.

Alcohol May Add Too Many Calories to Your HCG Diet

Alcohol causes far more significant problems than might appear by looking at the number of calories in a drink. After all, a glass of wine is only 90 calories, a shot of vodka or whiskey is only 95 calories and a light beer can be as low as 65-75 calories. If it’s not the calories, then what is it that makes drinking alcohol and losing weight so difficult?

On The HCG Diet, You Want Nutrients, not empty calories

There are no nutritional benefits to alcohol. That’s not disturbing since we don’t expect many health benefits in the first place. We all drink for different reasons. I have never heard some say they drink a beer or a vodka and tonic to improve their health. Many people do drink red wine because some people, mostly the French say it’s “healthy” and they think it will prolong their lives and prevent heart disease or strokes. Let’s face it, that’s just an excuse men tell their wives when they want to drink. Maybe the Mediterranean lifestyle is healthier, but drinking red wine is only one of the many features of the Mediterranean lifestyle. Most Americans I talk to love to pick the parts of the Mediterranean diet they like such as the wine and discard the rest—like the walking, the small portions and the absence of fatty and salty snacks. It’s like picking the parts of the Atkins diet-unlimited meat, cheese and other high calorie fatty foods, and then sneaking in the bread or pasta. It just doesn’t work.

In the US, alcohol and snacks are related. Often alcohol drinking is accompanied by some high calorie, salty and fatty snacks with absolutely no portion control. It’s the chips, crackers, trail mixes, pretzels, nuts, cheese, and wings that add all the calories. Many of the snacks are salty which makes people thirstier, guess what they do? They just drink some more… and it’s not water!

Alcohol suppresses control, the brain’s ability to say it has had enough—of both alcohol and food. At the same time it makes people more hungry. The combination of more hunger with less control is very dangerous for some dieters. No doubt the lowering of inhibitions and will power that follows drinking may account for many of the problems including not only the large amount of bad snacks, but the wrong choices in entrees and much large portions. Compare the calories after 2 or 3 glasses of wine in a small French restaurant and then try the same in the Cheesecake Factory! Recent studies reveal that drinking a single glass of alcohol is accompanied by an average increase of 120 calories!

The mixes used in alcoholic drinks are full of sugar. This is a “NO-NO” in the HCG Diet. Just the mix alone may be twice the calories of the hard liquor. Look at a Pina Colada for 300-400 calories, a Margarita for 300 calories or a simple gin and tonic or vodka and cranberry juice at 250 calories. The alcohol part of all of these drinks was no more than 95 calories. Take a look at the mixes-all are carbs filled with rapidly absorbed sugar that ends up immediately around your belly. Sugar content easily exceeds 30 grams in some of these mixes.

When we eat protein, fat, or carbs, some of the food is burned immediately and some of it is stored for future use. However, this does not occur when drinking alcohol. Alcohol is used for metabolism first, and is used for energy until all of the alcohol is gone from the blood stream. As this is happening, the body cannot use protein, fat or carbs for metabolism and turns them into fat. Less than 5 percent of the alcohol calories you drink are turned into fat. The beer belly occurs not because alcohol is turned into fat but because for long periods of time the alcohol, instead of the stored fat, is being used for energy. Remember, what is not burned turns to fat, and if alcohol is around, everything you eat turns to fat.

Small amounts of alcohol make you feel sleepy but too much alcohol results in poor sleeping, often the result of falls in blood sugar in the middle of the night. Some people wake up and eat. Poor sleeping in itself contributes to weight gain. As we all age, our metabolism slowly decreases. Most of us don’t need to further decrease it by daily alcohol! In addition, sleeping poorly often leads to weight gain leads directly to less activity the next day.

How Often Can I Drink Alcoholic Beverages?

It’s usually not the calories of the alcohol that are the problem in a diet plan, but the other effects that make weight loss difficult. A good plan is to limit drinking to no more than 3 days per week, usually the weekends and special events at the most. Drinking every night, especially for relief of stress, often alone, should be avoided. Most individuals, especially those with slow metabolism due to age or a sedentary occupation, simply cannot afford to further lower their metabolism every day of the week by the nightly consumption of alcoholic beverages.

Deciding to drink alcohol is a very personal choice. The secret, similar to the key to selecting foods, is to make the best choice among all of the many possibilities. Similar to the process of choosing foods, the smart dieter keeps the calories as low as possible and avoids high-calorie mixes, often containing lots of carbs that cause hunger, such as juices or tonic. At the same time, he seeks drinks where there is possible “dilution” with zero-calorie fillers. Examples of the latter are soda water mixed with scotch, vodka, or whiskey; and diet cola with rum. Using these zero-calorie “fillers” results in larger volumes of beverages, each having fewer calories. In social situations, it gives the dieter something to hold in his or her hand and feel part of the crowd.

Alcohol and the HCG Diet: Avoid It If You Can… Careful if You Must

After talking with hundreds and hundreds of people on the HCG diet the best advise I can give is this: 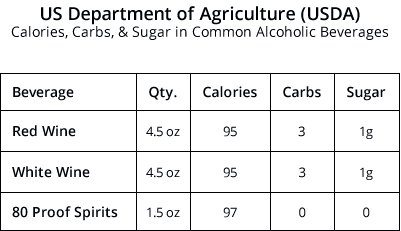