HCG medical studies begins in 1954:The HCG diet  was invented by De Simeons in the early 1950’s and presented in his book Pounds and Inches. In the book he described his unique weight loss plan, based on the natural hormone HCG. His 500 calorie diet  plan was very strict, limiting the patient to lean protein, a few fruits and vegetables. At that time HCG was given by injection.
He also published a brief synopsis of his program in the British medical journal Lancet (vol. 2, pp. 946-947, 1954).
This weight loss program has attracted considerable attention from the medical community.


PubMed, the US government database lists more than 17,000 articles and papers on HCG. However, only a few have to do with weight loss.
American Journal of Clinical Nutrition 1963 Study
This study was published in the American Journal of Clinical Nutrition (vol. 12, pp. 230-234, 1963). The researchers, from the University of California, San Francisco, School of Medicine,  studied only 19 people, with only 10 taking the HCG. Even the control group who took no medications, failed to lose much weight on a 500 calorie diet. The addition of a baked potato daily, added a lot of carbs and was not part of the Simeons protocol.Conclusion:  Too few subjects, not following the protocol, too little weight loss in control group. No conclusion possible on efficacy. No safety concerns were found. 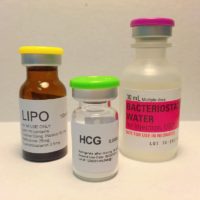 British Journal of Clinical Pharmacology 1995 Meta Analysis
Meta analysis is the medical term for a medical article to compare multiple studies and reports on the same subject. In this case it was HCG and weight loss. This meta analysis was from the British Journal of Clinical Pharmacology (vol. 40, pp. 237-243, 1995).They evaluated 16 studies and observed that most of them were of “poor methodological quality”.  Despite this finding the authors concluded that HCG produced no significant weight loss beyond that expected by the use of a 500 calorie diet. Conclusion: Results not clear due to problems with methods
Dr Lipman’s View
Contrary to the 1995 meta analysis, patients I have treated experienced significant weight loss, without the normal hunger, cravings and feelings of deprivation. More important after the weight loss the majority have kept their weight under control.
According to FDA the original HCG diet with its extreme calorie and protein restrictions is dangerous to your health!!!
The original HCG diet with its extreme (500) calorie and (200 grams) protein restrictions did result in fast weight loss. Unfortunately it also resulted in the loss of an unacceptable amount of lean body mass and most patients became so protein deficient they could only be on the program for a maximum of six weeks! 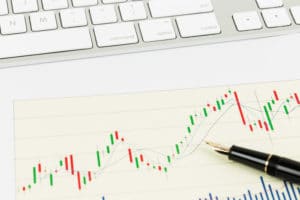 Dr Lipman’s Up to Date HCG Plan is a modern weight loss program that integrates the basics of the original HCG diet with results from current medical studies to provide a system that has been clinically shown to rapidly burn fat while maintaining lean muscle mass and protects from protein deficiency.